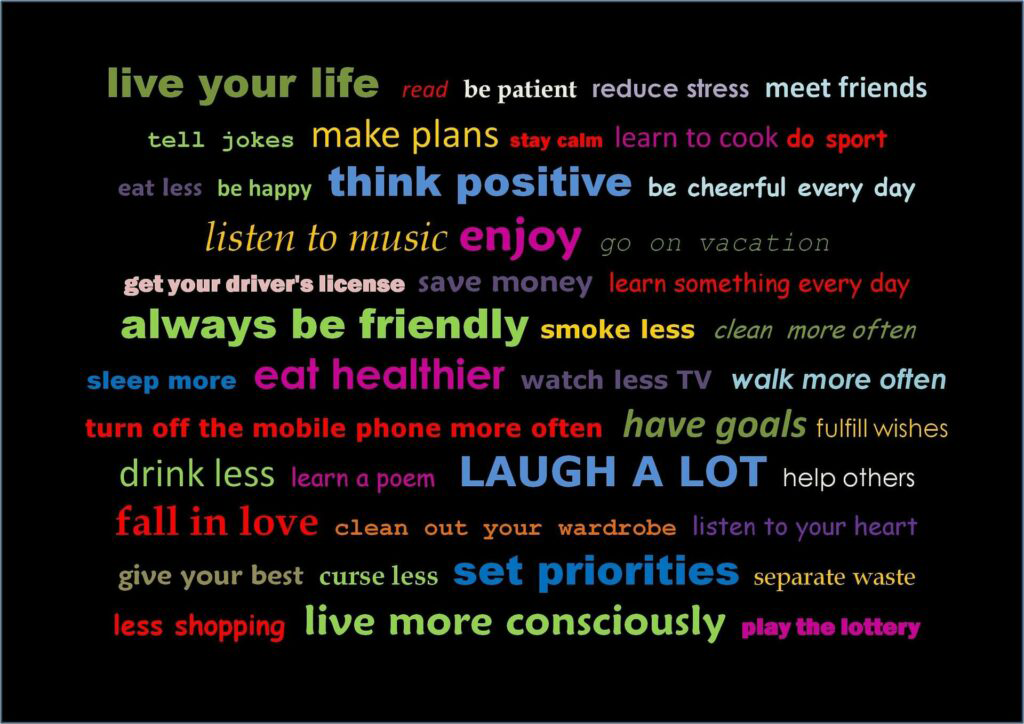 The start of a new year is a reason to celebrate – especially for fitness studios. Gyms never record as many new registrations as at the beginning of January. But as certain as the stream towards these gyms is at the beginning of the year, it is also certain that in the course of the following months, a large part of the self-proclaimed sports enthusiasts will end up not going to the gym. It’s actually quite easy to turn a good resolution into a fixed habit that will take you further and expand your comfort zone and horizons.

The Thing About Good Resolutions

While you are slouching on the sofa during the Christmas holidays and eating countless cookies, this soft voice comes up and gets louder with every cookie, with every piece of chocolate: You should take better care of yourself and your diet. You should exercise regularly. More exercise would do you good. Wouldn’t it be great to fit into your favorite jeans again? And how fit would you feel if you exercised regularly or went running. Maybe you wouldn’t have so many nasty colds.

The Motivation is There

And there they are, the good intentions. Starting in January, I will be training regularly. I will go running three times a week. Always in the morning. One hour. Right on the first of January – well, maybe the second sounds better. I have to sleep in after the New Year’s Eve party. But on the second of January, I have to be at work very early. Then, let’s say I’ll start on the third. I will really start!

Finally, on the fourth of January, you pull your old running shoes out of the closet and start running. After five minutes, you’re out of breath. Well, for starters, five minutes isn’t that bad. And you read somewhere that you shouldn’t overdo it when you start running. It’s not good for your joints – or something like that. On the next day, you try to go running again. You manage ten minutes; you are highly motivated. It works! For the next three weeks, you are really on track and everything goes smoothly. By now, you can even do half an hour. And then you get this cold. Once you are well again, there are so many early appointments at work. You manage to get up a few more times early in the morning to make your rounds in the park before work.

But when the next Christmas holidays approach, you are slouching on the sofa again, eating your cookies when the soft voice comes out and you realize that you can easily count the times you’ve gone running this year.

This is How The Resolution Becomes a Habit

In his book The Seven Habits of Highly Effective People, one of the world’s most successful books on self-management, author Stephen R. Covey presents a simple model for establishing habits. According to Covey, habits are formed by an intersection of:

The desire is the motivation for an action – I want!

The desire, the motivation, is usually given with good intentions. If we stay with the example of running training, the motivation behind running would be increased fitness, a better body feeling and doing something for your health. However, as most people know from experience, the desire alone is rarely enough to make the resolution become a habit. If you really want to do something, you also need the necessary knowledge and skills to do it.

In the case of running, for example, it would be important to know how to effectively get into the training. You should find out which shoes are the right ones to wear to avoid joint pain. At what pace and with what time should you start? What is my status in terms of sports? What can I build on? Which route will I run? When is the best time for me to train and how often can I take the time to train regularly?

Desire, Knowledge and Skills Are the Key to a Habit

Skills regarding running would mainly refer to the physical conditions. Someone who has knee problems from time to time should, if necessary, switch to another sport or compensate for the problematic area with aids such as insoles.

The first step for a long-term implementation of the good intention would therefore not be simply starting to run but to take a closer look at the project first. Buy new running shoes, come up with a training plan, maybe go to the doctor for a health check-up, buy a heart rate watch. Having friends who also run can be helpful in implementing good intentions. However, you should make sure that they really want it. If your training partner constantly cancels your running appointments, this can have a negative effect on your own motivation and can become an excuse to not train anymore. You could also join a running club or meet someone who has been training regularly for a long time.

The Best Day Is Today

Habits From a Neurobiological Perspective

By the way: From a neurobiological point of view, our brain forms habits by automating processes and also rewarding us with feelings of happiness.

And one more thing you should know about habits if you want to establish a new one. Habits make our lives easier. Thanks to our habits, we have to make less conscious decisions. This makes our everyday life easier. Imagine if you had to think about if and when and how, at what time and why you set your alarm clock. And this is how it would work for every little action. Do I brush my teeth today? And if so, with what toothpaste? Do I put my left or right leg in my pants first? That way, sooner or later, we would be hopelessly overwhelmed. Habits are basically a good thing and important, especially if they serve our goals. And habits can save a lot of energy. Energy which you can use for the really important things and the really big decisions.

But habits can also steal your time and energy. They can make us inflexible and limit our horizons. A habit can become a convenience if the only good thing about it is that you do not have to worry about alternatives and putting these into practice.

According to Bas Verplanken, Professor of Social Psychology at the University of Bath, between 30 and 50 percent of our daily actions are determined by our habits.

Stimulus and Reward – Prompt and Concrete

Fortunately, there are two things that help you to overcome bad habits and replace them with new, good habits. You need a trigger and you need a reward.

If you want to make a habit of jogging in the morning, you could, for example, put your running shoes right next to your bed as a trigger and put on your sports clothes and running shoes as the first action in the morning. You will have to do this consciously the first few times. But little by little, the action becomes automatic.

However, this only works if an additional desire is generated. And for that you need a reward. At least in the beginning, this should be as concrete and prompt as possible. The vague goal of becoming fitter and healthier is usually not enough to overcome your weaker self over and over again, especially in the starting phase. It would be better, for example, to treat yourself to a tasty, healthy breakfast after training (and thus, perhaps establish a second good habit straight away).

You can tell whether you have really established a habit by the fact that you miss it if you do not follow it. If you run every morning, you will miss the daily round through the park, if you are forced to give it up by external circumstances.

Turning good resolutions into good habits is not that difficult. Motivation is the first step. And to make sure it doesn’t die, you should get right to the action. Create the necessary conditions, acquire the necessary knowledge and get started. A trigger and a concrete and prompt reward for putting your resolution into action will help your new habit become your routine.

Finally, I have two tips that can additionally help you to establish new habits:

The early bird catches the worm. This is especially true if you want to move out of your comfort zone and acquire a new, positive habit. It is much easier to get up for a run in the morning than after a long day at work.

One thing at a time: At the beginning of the New Year, many people have not only good intentions, but a whole list of good resolutions. But if you want to start running and quit smoking, change your diet and read two new books at the same time, the chances are that you will fail because of your own ambitions. It is better to first put one good intention into action and then tackle the next one. Every success strengthens the conviction in you that you can also master the next step. And your motivation won’t fail you.

With this in mind, I wish all readers a good start into the new year and lots of success in implementing all good resolutions and projects!
Further tips on how to make music practice a habit can be found in my interview with Sebastian Quirmbach, the Education Director of the Modern Music School.

Photo by annca on Pixabay