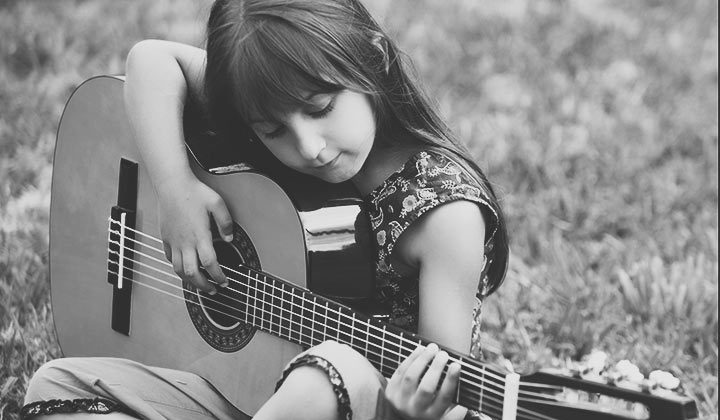 Music is one of the greatest joys in life. Just try to imagine a world without it – a birthday without singing, a wedding held in silence or a sports game without your favourite tracks blasting in the background. It would probably be a sad and boring world. Music is beautiful, and most of us don’t need scientific evidence to know that it makes life better. But it does in many ways.

Several studies have shown, for example, that music can improve child brain development.

Recently, a research group at the Brain and Creativity Institute at the University of Southern California found that music education can speed up brain development in young children, specifically in the areas of the brain where processing sound, language development, speech perception, and reading skills take place.

In 2012, they began a five-year longitudinal study in collaboration with the Los Angeles Philharmonic and their Youth Orchestra program.

Their initial results have found that music instruction accelerates the growth of the auditory pathway in the brain, and increases its efficiency.

“Our findings suggest that music training during childhood, even for a period as brief as two years, can accelerate brain development and sound processing. We believe as it has been shown in other studies that this may benefit language acquisition, speech perception, reading readiness and consequently the intellectual development of children,” says Assal Habibi, the study’s lead author.

In my book “Unleash the Secret of Education and learn how to raise a happy child,” I, too, write about the positive effects playing an instrument has on the development of children and adolescents. Based on a 6-year long study by German Professor Hans Guenther Bastian, I concluded: Music makes you smarter.

Bastian’s research shows that music has a positive effect on:

Habibi and her group were also interested in understanding the connection between music and emotions. They conducted experiments to shed light on the age-old question why music is so important in our everyday lives. I can’t wait to hear more.

Soft Skills – How music lessons prepare you for the future