Digital media is playing an increasingly important role in our lives – including the everyday lives of our children. And many parents are concerned about this development. They ask themselves how they can protect their children from the dangers of the virtual world, how they can teach their children appropriate behavior when dealing with social media, and how they can retain control over their offspring’s media consumption. The answers to these questions are actually quite simple.

Digital media has developed rapidly, especially in the past ten years. And the use of digital media by children has also increased enormously. This development was accelerated once again in the last two years by the pandemic with its contact restrictions. Digital media and its possible effects on children and young people have become a highly polarizing issue in our society. Yet there is a very pragmatic solution that I find so plausible and simple that I would like to pass it on. 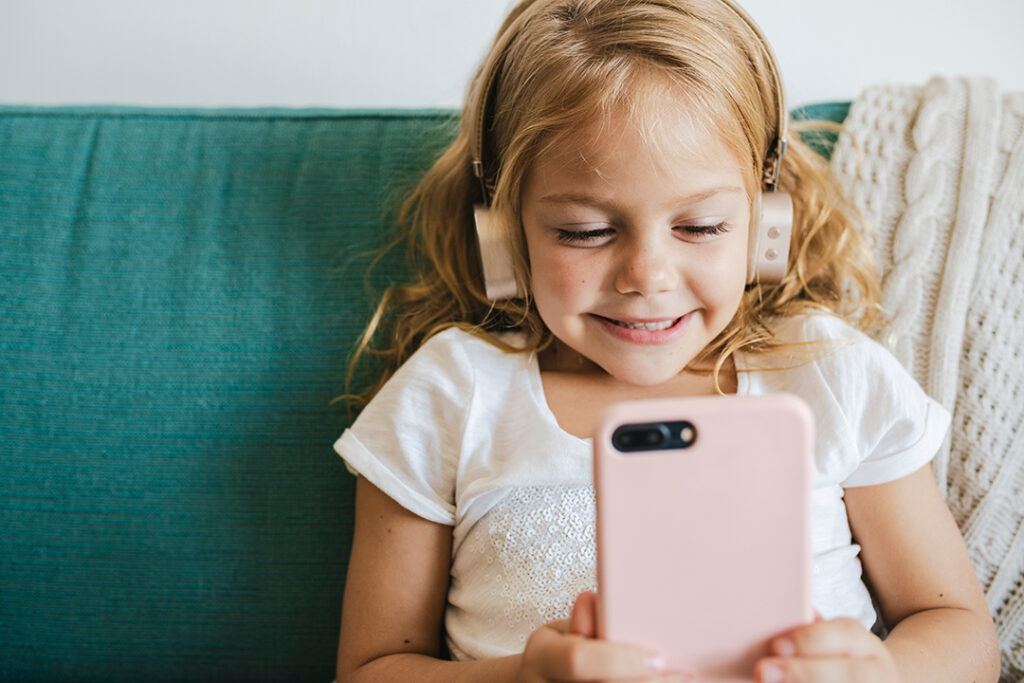 The question of “screen time” is an important issue in everyday family life for many parents. Banning digital media altogether cannot be a solution, because after all, children will be confronted with them sooner or later and must then have learned a sensible way of dealing with the virtual world. But how much is too much? What is the best way to set limits? And how do you keep control?

If you search, you’ll find various rules of restrictions, such as 15 minutes of screen time a day for children over the age of three, or ten minutes of media time per year of life a day, or even one hour per year of life a week. Such guidelines are certainly not entirely wrong. However, this ignores an important point: WHY do children actually use digital media?

Based on this question, neurobiologist Gerald Hüther has found an answer to how much time children should spend with digital media. It’s not so much about how much time is spent with the medium, but HOW this time is spent. Because an appropriate amount of time results from this quite automatically. Hüther believes that digital media should be seen for what it is best: a tool. Very young children can hardly use a smartphone as a tool yet – except maybe for the FaceTime “conversation” with grandma and grandpa. Older children can already go on a journey of discovery in the digital world, “look things up,” find information on topics that interest them, maintain contact with school friends, make appointments. And at some point, digital media can even be used to become creative, to record videos or to take photographs, to create graphics, works can be created, and the digital devices are not used for sprinkling. In this way, the positive sides of the digital world are used.

The use of digital media becomes really problematic when it is used in times of boredom or frustration, and thus as a substitute for the satisfaction of unmet needs. Children are then denied the opportunity to learn how to regulate their emotional world in a self-effective way and how to come up with solutions that they can use in real life. Those who have not learned to control their emotional states and satisfy their needs outside the virtual world remain dependent on a digital device as a substitute.

Accompany instead of control

Another issue that parents face is that of controlling the content their children see. Of course, you can use various apps and safety devices to keep children away from certain content. But after a certain age, of course, that no longer works. By then, at the latest, parents need to have done their homework. Ultimately, it’s a question of trust – also and especially on the part of the children. After all, a child who feels in good hands and has a good relationship with his or her parents is much more likely to turn to the parents if he or she encounters questionable content, contacts or difficulties in the digital world.

Showing interest and providing support is therefore more important in the long term than setting up safety apps.

While one in five children between the ages of 6 and 7 used a smartphone from time to time in 2014, 54 percent of children in this age group already did so in 2019. And from the age of 10, most children (75 percent) already own their own device. The dangers of digital media addiction and cyberbullying are real. But so are the benefits of the digital world for learning, researching and being creative. In order for children to use digital media sensibly, parents are needed above all to be good role models in this regard and to competently accompany their children instead of controlling them.

You can find an interesting interview with Gerald Hüther, which among other things deals with the topic of media use, here.