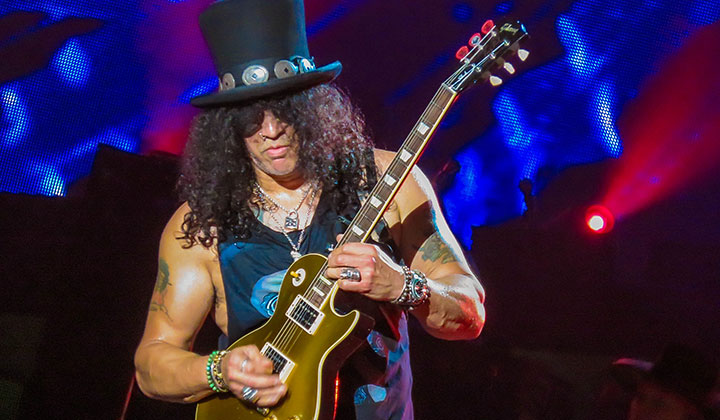 The question “What music do you listen to?” is a crucial one among young people. Showcasing one’s musical taste – be it through clothing, hair, accessories, etc. – symbolizes to which group or social milieu one belongs, and at the same time serves as a distinction from other groups.

“…you and your friends can’t consider yourselves cool unless almost everyone else is uncool,” writes Dr. John Powell in his book “Why You Love Music: From Mozart to Metallica – The Emotional Power of Beautiful Sounds.”

And not just for young people, our taste in music says a lot about our personality. What music we listen to is an important aspect of our character and emphasizes our individuality – regardless of our age.

“Tell me what you listen to, and I’ll tell you how you are” is something that also psychologists and sociologists pursue in their research.

For example, psychologists at Cambridge University have created a test on exactly this phenomenon, which you can find on their website here: Musical Universe.

In several questionnaires, you answer questions about the “Big Five” personality traits and listen to different songs from 26 music styles and evaluate them.

Do you like Heavy Metal? If so, you’re likely very open to new experiences, politically liberal, intelligent and athletic. The same goes for Jazz lovers, except that they may not be quite as athletic.

The so-called Big Five (also known as the five-factor model) are five characteristics that describe our personality very well. They’re not meant to be a classification or even psychopathology but are rather a description of personal characteristics that are present to some extent in all people.

The Big Five are:

On the Musical Universe website they’re described as follows:

Extraversion: Those who score highly on extraversion tend to be talkative, sociable, and assertive. They tend to be more involved and engaged in activity and appear to be more energetic.

Agreeableness: Those who score highly on agreeableness tend to get along well with others. They tend to be modest and cooperative, but negatively correlate with leadership. They are trustworthy and are more tender-minded.

Conscientiousness: Those who score highly on Conscientiousness tend to be self-disciplined, strive for achievement, and prefer order. They prefer to have things planned in advance rather than to do things spontaneously, and are typically dependable.

Emotional Stability:  Those who score highly on Emotional Stability tend to be self-assured, confident, have higher self-esteem and do not tend to easily get upset, angry, or anxious and tend not to have depressive tendencies.

David Greenberg and his Cambridge team found out that people who are open to new experiences, for example, tend to prefer music from the blues, jazz, classical, and folk genres. People who are extroverted and agreeable tend to prefer pop, soundtrack, religious, soul, funk, electronic, and dance music.

Greenberg is not the first psychologist who looked at the link between music taste and personality.

The Short Test Of Musical Preferences (Stomp,) for example, is a test that assesses preferences in music genres and was first introduced by Sam Gosling and other scientists in Austin, Texas.

The researchers performed an analysis similar to Mr. Greenberg’s and found that people who prefer reflective and complex music like blues, classical and jazz score highly on openness to experience, and see themselves as politically liberal, intelligent and not very athletic.

Those who preferred heavy metal and alternative music were similar to jazz-lovers but more likely to think of themselves as athletic.

They found that fans of upbeat music like country, pop and soundtracks, on the other hand, tended to have low scores for openness to experience and intelligence. They were more likely to be agreeable, extroverted and conscientious and see themselves as attractive, wealthy, athletic and politically conservative.

Finally, people who prefer energetic and rhythmic music were also extroverted, agreeable, attractive and athletic, but they did not share the political inclination, wealth or lower intelligence scores as lovers of upbeat music.

Source: Daily Mail – What does your music taste say about you?

At Modern Music School, we build on our students’ music preferences. We plan our lessons around their favourite songs and teach them what they want to learn. And that lessons in which you get to rock your idols are fun, highly motivating and offer countless opportunities to learn the underlying facts and theory, shouldn’t come as a surprise!