Skip to content
The positive effects of nasal breathing

The positive effects of nasal breathing

For years, I have known from the field of yoga that nasal breathing plays an important role. The mucous membranes of the nose enrich the air with moisture and filter out dust particles from the air which is inhaled. In addition to that, the airway through the nose is longer and by filtering and simultaneously warming the inhaled air, the risk of catching a cold is reduced. But nasal breathing also has a positive effect on our sleep and fitness training. In the following blog post, I will tell you which effects those exactly are and how nasal breathing has personally helped me. 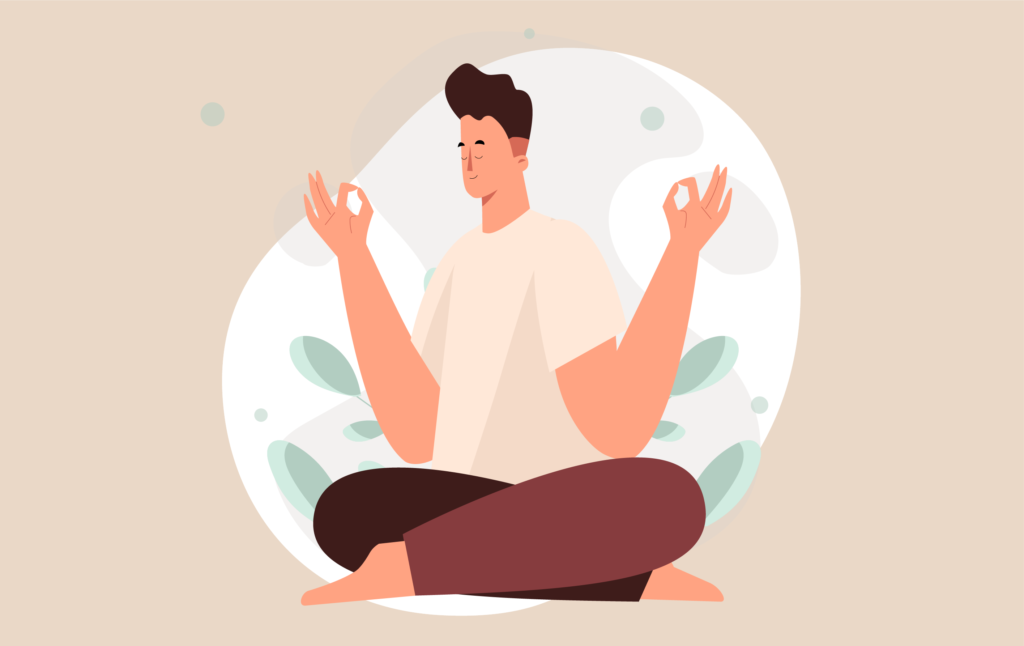 From nasal to oral breathing – and back again

I learned about the far-reaching health benefits of nasal breathing, or rather, the diseases that result from mouth breathing, after reading the book “Breath” by James Nestor.

Nestor explains how the shape of our skulls has been deformed to our disadvantage over the past 10,000 years due to our changing food intake, namely eating soft foods and chewing less, and how our breathing gradually changed from nasal breathing to mouth breathing.

Since we sleep a third of our lives, it’s especially important to take a look at our nighttime breathing. For example, snoring is not a nose problem, but rather a mouth breathing problem. I have always slept with my mouth open at night, snoring from time to time. On top of that, I regularly had a dry mouth during the night and usually had to have a glass of water by my bed to drink at any time.

Studies have shown that up to 40% more water is lost during sleep when you sleep with your mouth open while also preventing you from getting into a deep sleep phase for a longer period of time.

Due to snoring or even sleep apnea and an interruption of the deep sleep phase, less of the hormone vasopressin is released, which essentially gives the cells the signal to store water. The kidneys fill the bladder as a result of the reduced hormone release, the urge to urinate sets in, and the brain receives the signal to replenish water.

It has also happened to me several times that I had to go to the toilet at night and then I was also thirsty a few moments later.

James Nestor and Anders Olson did an experiment in which they first only breathed through the mouth for several weeks and then only through the nose for a certain period of time. The results were remarkable.

I have been sleeping with a special mouth tape for several months now, so that I can only breathe through my nose. When I started, I was very skeptical whether this really works and whether I would also get enough oxygen. It worked without any problems. I have never had to go to the bathroom at night since then and I feel completely rested and refreshed every morning.

When I read this, I instantly tried it out the next morning on my daily run. Until then, I had always run with pure mouth breathing, sometimes snorting loudly and I could not imagine getting enough oxygen through the nose.

The first time it felt a little strange and I felt the cool air in my nose like I had never felt it before. I managed to run with just nasal breathing for 20 minutes. The next day it was already better and I was amazed when I looked at my time and pace. I had run 1 minute faster per kilometer from one day to the next and have maintained that pace ever since.

I would like to use my story to encourage you to buy James Nestor’s book to read all the background information for yourself, and I wish that you will soon be on your way to breathing naturally again.