Skip to content
Why Movement is the best treatment for ADHD

Why Movement is the best treatment for ADHD 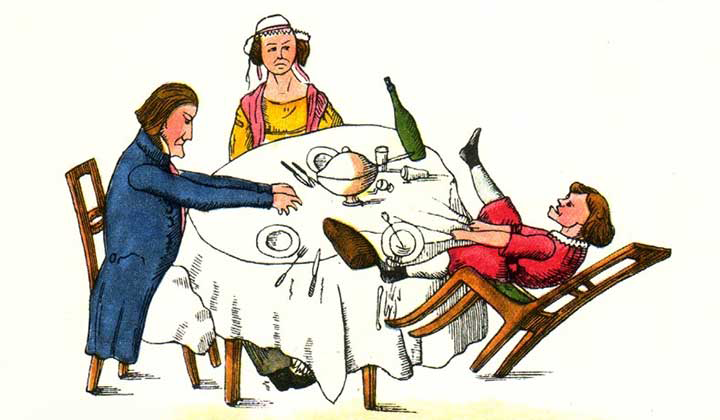 In recent years, Attention Deficit and Hyperactivity Disorder (ADHD) comes up in more and more conversations I’m having with the parents of Modern Music School students.

Considering the jump in the percentage of young people diagnosed with ADHD, this shouldn’t be too surprising. The Centers for Disease Control reports that it went from 7.8 percent in 2003 to 9.5 percent in 2007, and to 11 percent in 2011. That’s a 16 percent increase in just a handful of years.

These numbers basically mean that a tenth of all children today are deemed to have a biologic condition or mental illness. But that just doesn’t seem right.

And what’s more, about two-thirds of these children when diagnosed, are treated with stimulant medications that may have serious implications for their long-term mental and physical health.

Why are we so quick to label children these days?

To label a child with a psychiatric diagnosis should be a last resort — especially when that diagnosis leads to a long-term dependency on drugs with potentially dangerous side effects.

Fortunately, there are many experts raising questions about these skyrocketing rates. They’re questioning whether we’re over-diagnosing ADHD, and mistreating children with medications they don’t need.

One of Harvard Medical School’s Professors of Medicine, Dr. Jerome Groopman, is one of them. He says: “there’s a tremendous push where if the kid’s behavior is thought to be quote-unquote abnormal — if they’re not sitting quietly at their desk — that’s pathological, instead of just childhood.”

Dr. William Graf is another. The pediatric neurologist in New Haven and a professor at the Yale School of Medicine asserts, “mild symptoms are being diagnosed so readily, which goes well beyond the disorder and beyond the zone of ambiguity to pure enhancement of children who are otherwise healthy.”

Consider too the overwhelming response to a series of articles published in the Washington Post by Angela Hanscom, Pediatric Occupational Therapist and the founder of TimberNook – a nature-based development program in New England. Her series struck a chord with parents looking for effective, non-drug alternatives for their children. (You can read Hanscom’s articles for The Washington Post here, here and here.)

In her articles, Hanscom points out that the amount of time children are forced to sit while they’re at school causes many of them to be unable to stay focused and open for learning.

She says that children deprived of real physical activity, begin to lose their ability to learn. Higher-level attention and learning require stamina, balance and body awareness, and a healthy sensory system – all of which are attained through true play. Allow children to climb up trees, go upside down, spin in circles and roll down hills again, and they’ll be provided with the “rapid vestibular (balance) input” needed to create actual changes to their sensory system. The benefit will be that their attention and capacity to learn improves over time.

Hanscom says the real problem is that “…children are constantly in an upright position these days […] Merry-go-rounds and teeter-totters are a thing of the past. Recess times have shortened due to increasing educational demands, and children rarely play outdoors due to parental fears, liability issues and the hectic schedules of modern-day society.”

Children with inefficient sensory systems, poor balance and strength aren’t going to do well in school. And they certainly won’t be able to sit still and pay attention. Instead of labelling these kids as having attention difficulties or ADHD, Hanscom suggests we see their behavior as strong indicators that they’re not getting enough movement throughout the day.

Taking a pill is easy. Alternative methods for dealing with difficult kids may require more effort – like changing learning environments or parenting styles, and allowing for increased physical activity and exercise.

A German children’s book from 1845 by Heinrich Hoffman featured “Fidgety Philip,” a boy who was so restless he would writhe and tilt wildly in his chair at the dinner table. Once, using the tablecloth as an anchor, he even dragged all the dishes onto the floor.

The Philip story describes what we now recognize as attention-deficit hyperactivity disorder – back then it was simply ‘naughtiness’.

My Journey to Health

Soft Skills – How music lessons prepare you for the future